React Js vs Angular - which is best JavaScript Framework 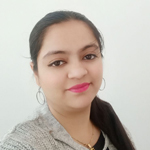 3+ Technical Content Writer. and who is passionate about her career Whilst talking about Javascript and its popularity, million of users around the world will not miss out on the discussion on React and Angular. The difference between React and Angular can be scrolled on the web and you will be able to find discussions and debates deeply contrasting ideas about them. Here are a few more points related to React vs. Angular. Let us discuss.

ReactJS is maintained by Facebook, React.js is an open-source JavaScript library for creating desktop, web, and mobile application UIs. In contrast to most of the websites, those who worked with React don't have server-side rendering, they are rendered in the browser. This implies users don't need to wait for the server response to render another page. It's a quicker experience, which is particularly significant for mobile applications. React's tool library permits developers to fabricate components that are dropped onto a website page. These components, which resemble custom HTML components, are what the clients see on the site. Components can be reused across applications and are a lot simpler to refresh and update than looking through lines of code. Organizations that use React incorporate Facebook (and Instagram), Uber, and Netflix, among others.

Organizations that use ReactJS
Benefits of ReactJS Version
Let us have a quick glance at why should you use React?
Any developer with an essential comprehension of JavaScript would have the option to get acquainted with React and begin making exceptionally responsive applications very quickly.
What is AngularJS?

Angular is an all-in-one open-source JavaScript framework that is maintained by Google, to manufacture profoundly responsive single-page applications. Similar to ReactJS, an Angular-based website will see all site changes made in the program. Instead of interacting with a server to stack data, a browser-side experience allows the page to render rapidly with a more mobile-like experience. Angular recently observed the release of its most current version of Angular 9, which is built-on TypeScript, a superset of JavaScript.

Since React is a JavaScript library instead of the full JavaScript framework of Angular, many developers will include more libraries when utilizing React to give it the usefulness of a total framework.

Organizations that use AngularJS
Benefits of AngularJS
Now, let us have a quick glance at why you should use Angular?
React vs. Angular – History
React
React, launched by Facebook, in 2013. React is mostly used by the Facebook company in its products like Facebook, Instagram, and Whatsapp. In November 2018, Facebook released the latest version, 16.X.
Angular
Angular, introduced by Google, released in 2010. Angular is a Typescript-based javascript framework. The next version Angular 2 (dropped the JS from the name- AngularJS), Angular 2+. The latest version is Angular 10, released in June 2020.
Features
Release Year
Official Website
Size in KB
Latest Version
Used by Companies
React
2013
reactjs.org
116
16.X
Facebook, Instagram
Angular
2010
angular.io
500
Angular 10
Google, Wix
React vs Angular – Popularity

The explanation behind the developers why they like React or Angular is that since React includes more Javascript and having an alternate syntax JSX (Javascript XML), it has a stricter setup, architecture, and environment of React. Thus, developers utilize Angular more for this situation. Angular is a well-structured technology with an immense amount of projects and assets.

React exhibits entirely different characteristics. It combines the UI parts and behavior of components. Here is the component model of React:

}
React vs. Angular – Size and Load time
‍The size of libraries in Angular and React are:
Angular: Depends on Bundle Size
React: 116KB
React vs. Angular – Learning Scale
Angular:
‍Difficult- Angular has a steep learning curve since learning includes mastering in MVC and Typescript, so it takes time to learn the complete Angular.
‍React:
‍Moderate- React comes with the starting guide, making it easier to start with the react development. But, it does not mean you would not face difficulties learning about the libraries and integrations in React.
ReactJs vs. AngularJs – Which Javascript framework I should choose?
Required Features
Flexibility
Transcript
Javascript Lover
OOPs
Small Project
Large Project
Preferred Technology
React
Angular
React
Angular
React
Angular
Factors to consider before choosing a react angular framework
Though React and Angular both are closely equal based upon the popularity among their users. Both of the frameworks have Javascript component-based architecture. Here is a short summary of the primary differences between ReactJS and AngularJS-
React
Facebook
2013
Javascript, HTML, JSX
ReactNative for mobile version (Android, iOS)
Virtual
One-way
Relatively small (116 kb)
High
Client/Server-Side
113.79
Open-source
Large
Moderate
Vs.
Company
Released Year
Code
Probability
DOM
Data Binding
App Size
Performance
UI Rendering
Github Rating
Price
Community
Learning Curve
Angular
Google
2010 (Angular JS)
2016 (Angular2+)
Javascript, Typescript
NativeScript (Web, iOS, Android)
Real
Two-way
Depends upon bundle size
High
Client/Server-Side
41.871
Open-source
Large
Steep
It is undeniable that Angular is used for building applications for its readability, reusability, and scalability at a large scale. Angular is most popular among Javascript developers but React is easy to learn because of the multiple integrations of some mandatory tools and libraries to manage dependency.
Final Words On reacting js vs angular js
Angular and React are both developing and being embraced by the large players on the tech scene. One is a steady, very much characterized, and normalized system that is incredible for long-term projects, while the other is a library that can be utilized to gather a model with reusable components surprisingly fast. Passing a subjective judgment on which one is "better" without becoming more acquainted with React and Angular's unique qualities and shortcomings would be unhelpful and misleading. Your choice on which one to go with ought to eventually rely upon:
I hope that this article has explained a portion of the dilemma surrounding the two technologies. Understand Javascript better by enrolling yourself in Javascript training online or Javascript training offline.
Why should you learn React JS? If you’re looking forward to working as a front-end web developer (which means building UIs), then you should learn ReactJS. If you’re ready to learn React then you can sign up today for our ReactJS Course + web development training. Seeking web development involves having the right resources to make the code as powerful and successful as possible. And React JS is a platform you need to know how to take advantage of when it comes to designing user interfaces.
With ReactJS training at Codegnan, you’ll develop a strong understanding of React’s most essential concepts: JSX, components of React JS, classes and functions in ReactJS, props, state, ReactJS lifecycle methods, hooks, etc. You will also be able to combine these ideas in React’s modular programming style. The graceful solutions provided by ReactJS are making it grow rapidly in the world of programming languages. Thus, there’s never been a better time to learn ReactJS. 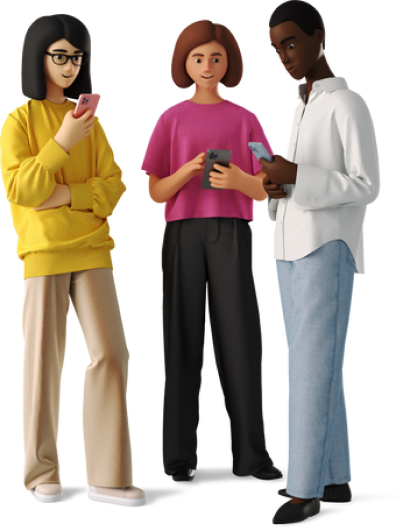